Who Says There's No Substitute for Success?

While I've pointed out in past episodes that no recipe is chiseled in stone, what foils many chefs is coming to the realization that they don't have the necessary ingredients to complete a dish.  While there might be time enough to hop on down to the grocery store or spice shop if you've yet to begin cooking, when you're smack in the middle of preparing a meal only to realize that you're missing a vital ingredient, many chefs tend to panic.  Having been a man cave man all my adult life, I've learned that when push comes to shove, you can sometimes substitute one ingredient for another without anyone being the wiser.  Hell, improvisation is part and parcel of the man cave mantra.  Below you'll find my down and dirty list of substitutes that can save the day when you're midway through food preparation only to realize that you forgot something.


Sweets for the Sweet Tooth

When a recipe calls for sugar and you realize there's none left in the sugar bowl, you have a number of other sweets that you can call into play to save the day.  Acceptable substitutes for granulated white sugar can be anything from honey or maple syrup to banana puree.  If the recipe calls for brown sugar, I've found that molasses or a combination of maple syrup with just a touch of molasses will trick your taste buds into believing that brown sugar was added to the recipe.  Orange zest (that's grated orange peel to all you man cave men) can add a touch of sweetness to most any dish or sauce.

Just as there are numerous sweets, when it comes to adding heat and you find that your Cajun seasoning spice blend has run dry, making a substitute isn't all that hard, although you need to go slow unless you want your dinner guests to run into traffic when their tongues catches fire.  While black pepper is no substitute for cayenne, if you add a few drops of hot sauce to any recipe your palate will experience the same effect as if red pepper was added to the dish. If you have some hot pepper flakes, you can also pulverize them in a blender or food processor.  Horseradish is another substitute that provides heat without being overpoweringly hot provided you don't overdo it.  If you need to make hot sauce, below is a foolproof homemade hot sauce recipe that's quick, easy and adjustable for any palate.

Pour all the ingredients into your blender and pulse.

The Spice of Life 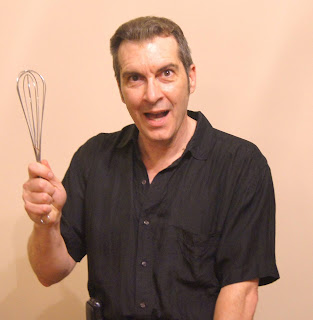 When it comes to substituting one spice for another you need to keep in mind what it is that the spice lends to the dish.  I mean are we talking salty, sweet, sour or savory?  If your dish lacks pizzazz and the salt cellar has run dry, try adding a few drops of vinegar, lemon juice or a dash of chili powder. If you're cooking Italian only to notice that you're out of  oregano, don't yell "Mama Mia!" Simply substitute basil.  If you want to add sweet or sour, try grated orange or lemon peel.  Here are a half dozen added handy spice substitutes:
1. Allspice = cinnamon + a pinch of nutmeg
2. Cardamom = ground or grated ginger
3. Chives = finely minced onion
4. Coriander = cumin
5. Cumin = chili powder
6. Sage = thyme and/or rosemary

There's nothing lonelier than meat without gravy.  The problem is that most people solve this problem by opening a bottle.  BIG MISTAKE!  Not only is bottled gravy a poor substitute for the real deal, it's loaded with salt and other additives that are anything but nutritious.  Fortunately, cooking chemistry can come to the recipe.  Below you'll find a proven nrecipe that's pulled my chestnuts out of the fire on more than one occasion.

When I was first introduced to this concoction, I shook my head and said, "There's NO WAY this is going to taste like gravy!  Boy was I wrong.  I've since added this recipe to my repertoire whenever I decide to smoke a turkey or there's insufficient drippings in the bottom of the roasting pan when I bake pork or beef.  Even better is the fact that this gravy stores well in the fridge and can be reheated in the microwave.

Start by combining the corn starch in a medium saucepan on medium heat.
Stir until the mixture forms a smooth paste.
Stir in the broth, the Worcestershire and the garlic powder.
Continue to stir until the mixture comes to a low boil.  This will thicken the gravy.
Remove from heat and whisk in the tahini paste.  (if you don't have a whisk use a fork)
Serve immediately or cover the pot with a lid. 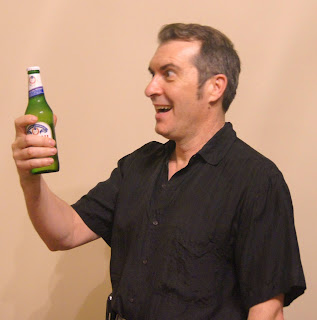 If you've been watching my videos on YouTube you'll note that I use beer in many different ways.   That's because beer is a miracle cure for humdrum cuisine.  Not only can it enhance the flavor of many recipes, it's a leavening agent that you can use to make breads and cakes rise.  It's no wonder why the very first recipes I recorded on Man Cave Munchies were Beer Bread and Beer Cheese Soup.   Since then, I've gone onto add  everything from beer-infused chicken wings and Boston Baked Beans to beer brownies to the mix.  In my seventh season, I'll show you how to use beer to  amp up your appetizers, put some pizzazz in your pork and add drama to your dumplings.  More importantly, I'll evolve your appreciation of brew by demonstrating how changing your brand of beer can alter the flavor of many man cave meals.

The Fun of Fusion

Fusion cuisine is all the rage these days.  There are a number of chefs who have made their marks by combining cuisines from different parts of the planet into mouth watering culinary creations that have many parents.  The reason I saved this pearl of wisdom for last was due to the fact that sometimes you'll need to create fusion dishes if you suddenly realize you don't have enough of any particular dish to go around.  There's nothing more terrifying than inviting guests over for dinner only to have your Labrador retriever pull the roast beef off the counter or have a pot of Bolognese Sauce go up in flames when you walk away to answer the door.  Even worse is when you're expecting  a couple of guests only to have your guests bring along a few friends.  If any of the above should happen to you, what would you do?  (Pop the cap off another beer isn't the correct answer.)  My solution would be to look in the fridge to see what I can pull together in a pinch.  In the past, I have made ends meet by combining leftover chili with leftover gumbo. Can you say Chumbo?  I've taken leftover spaghetti sauce that wasn't quite sufficient to go around and whipped up a batch of Alfredo sauce.  Then I poured a ladle of red sauce over spatzles (the world's quickest homemade pasta) before ladling a ring of Alfredo around the perimeter to create a fusion pasta dish that pleased the crowd.  In season 7 I'll show you how to whip up a pot of soup in 15-minutes flat, as well as how to make paper-thin crepes that can help you stretch food to feed an army.

The bottom line is that with a little experience and imagination, you'll find that while there are no shortcuts to success, there ARE substitutes.  Munch on!
Posted by Carl Weiss at 10:46 AM