After taking a 2-year hiatus from the show, I thought it was high time to finish what I started.  When I began production 7-years ago, I wanted to provide viewers with the one thing that I couldn't find on TV: a cooking show for guys.  With that in mind, I came up with a format that every guy could get behind.  Each episode would demonstrate how to prepare meals that were easy to make and that didn't require a lot of expensive equipment.  The other rule was that at least a quarter of the episodes were required to use the one thing that every guy has in his fridge: Beer.  Since the start of the show back in 2013, I've produced 70 webisodes that ran the gamut from burgers and barbecue, to Cajun, Italian and all-American favorites, including homemade liqueurs and mouth watering desserts. 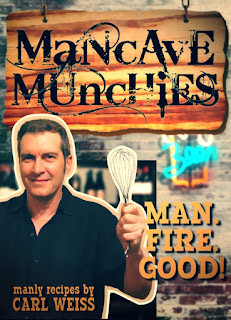 I even commissioned a website that brought everything together in one place at http://mancavemunchies.com  This way you could find my YouTube channel and blog along with my social links and favorite episodes all in one convenient location.  Currently, the show features 70 episodes and more than a dozen blogs.  Viewership now stands at just over 200,000 with more than 1,000 subscribers.  While the show won't win  an Emmy, I've been more than happy with the response I've gotten over the years from my viewers.  One of the questions I get asked a lot is when will I come out with a Man Cave Munchies cookbook?  I'm working on that currently and am aiming to have it available for shipping before Christmas.  With that in mind, I decided to up the ante by producing another 30 webisodes on YouTube to bring the number of recipes up to an even 100.  The cookbook will be interactive in that readers will be able to view the recipes and click on the links that take them to the videos.  What could be simpler, right?

This season, you'll also be let into the inner sanctum to find out how and where my culinary skills were developed.   I will also clue you into the way  I regard cooking as part science and part art.  Rule #1: Recipes aren't written in bronze.  That means you can feel free to experiment with amounts and ingredients.  Just because Emeril makes his red beans and rice without sausage and I make mine with it, that doesn't mean a bolt of lightning is going to come down from the sky the next time I'm in the Big Easy to strike me dead.  Some of the episodes I'm going to produce in 2020 will have to do with fusion dishes I've discovered over the years that combine elements from different cuisines in one dish.  (Can you say Chumbo?)  I'll also show you handy substitutions that will allow you to complete a dish even if you don't have all the necessary ingredients. 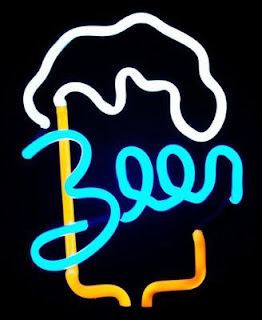 The most important thing to learn from my cooking style is that if you aren't having fun, there's no point in learning how to cook.  (Why do you think I use beer in so many of my recipes?)  Speaking of fun, this season is not only going to feature new recipes, it will feature a new kitchen with an electric stove.  That's right, I've lowered the bar by moving away from cooking with gas.  Far too many people spend tens of thousands of dollars on new kitchens even if they can't do toast.  I've been known to produce gourmet dishes on a camp stove.  The man cave credo is KISS - Keep It Simple Stupid.  As long as you have a stove, an oven, a blender, a crockpot and a food processor, you have everything you need to make man cave meals.  This season I'm also taking requests for dishes that you can email me at mancavemunchies@gmail.com  That means if you have a yen to learn how to make Pho Bo Soup and a Banh-Mi sandwich, I'll endeavor to provide.  (Just make sure the recipes don't require exotic ingredients that aren't available in local grocery stores.) 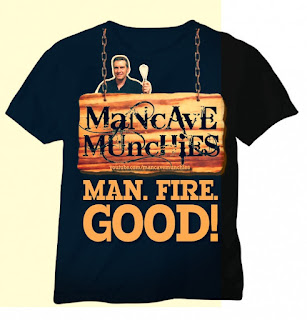 To help keep the man cave fires burning, I'm also going to start a Patreon page that will allow any viewer to contribute to the cause.  Depending on the contribution, I plan on offering premiums that include electronic or print versions of the Man Cave Munchies cookbook, as well as branded t-shirts, hats and coffee mugs.  I'm also offering all you chefs out there the opportunity to have a guest shot that will allow you to show me and my audience some of your man cave cooking skills.  All in all, this season should prove to be one of the most productive and interesting that I've ever produced.  I look forward to cooking up a storm as well as keeping the man cave credo alive ------- Man, Fire, GOOD!  Munch on!

Carl Weiss is a blogger, writer and author who makes his cave in Jacksonville, Florida.
Posted by Carl Weiss at 2:44 PM