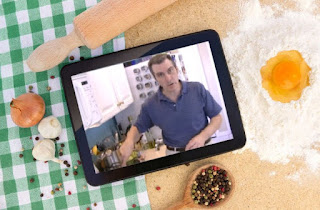 You may have noticed that after a 2-year hiatus, I've started posting new Man Cave Munchies blogs and videos.  That's because during the last couple of years the traffic coming to my website has gotten to the point where I could no longer ignore it.  Nor could I ignore all my viewers and readers who have been clamoring for me to add more man cave meals, not to mention put together a cookbook that features all my recipes. So, I listened to all you loyal subscribers and decided to resume production of Season 7 starting September 1. 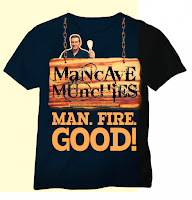 That doesn't mean you have to wait three more weeks to get your man cave fix.  If you haven't noticed, I've started posting weekly blogs and bi-weekly videos already. I've also added a new feature to the mancavemunchies.com homepage that allows you to sign up for free recipes as well as my soon to be released monthly newsletter.

By the time September rolls around I expect to have the Man Cave Cookbook ready in both a digital and print format.  You'll also be able to contribute to the channel if you wish only to be rewarded with branded Man Cave Munchies t-shirts, caps and/or mugs.  However, that doesn't mean that this year is all about monetizing the channel.  Not by a long shot. 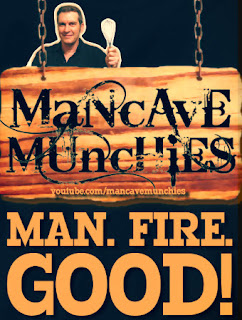 When last I left off with the channel, there were 70 recipes.  I have committed to producing a minimum of 30 new videos in Season 7 which will bring the total on the channel up to 100.  (Don't forget to subscribe to the channel so you won't miss out on any new webisodes.

Aside from producing more delectable man cave treats, I'm also going to continue my homemade liqueur demonstrations by adding Instant Rumchata and Crema di Limoncello to the mix.  I'm also going to show you how to make more entrees, desserts and barbecue recipes that use beer as a primary ingredient.

As for the Man Cave Cookbook, it will not only feature all 100 recipes that I've either made or will make this season, it will also feature dozens of quick and easy recipes that aren't going to be available to the general public. Better still, the cookbook is designed to be 100% interactive.  That means you'll be able to see the complete recipe and click on the link or use the included QR code to bring the video up on your smartphone or tablet.  I'm going to offer the cookbook in a digital format for $9.99 and the print version (which will soon be available on amazon) for $17.99.

Last but not least, I  want to thank all my loyal viewers and readers for encouraging me to get back on the Man Cave bandwagon.  I look forward to bringing you more mouthwatering man cave favorites that are sure to please you and your friends.  So, sit back, stay tuned and munch on.